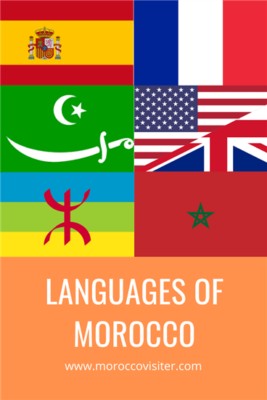 Classical Arabic, also known as the Quranic or Standard Arabic, is the official language of Morocco; it is used in education, literature, media, mosques, etc. However, it is not generally spoken by the people of Morocco. The vast majority of the population speaks Darija, a unique Arabic dialect only used and understood in Morocco.

Darija is a form of Arabic influenced mainly by Tamazight (Berber’s language) and to a smaller extent by French, Persian, and Spanish. It also varies significantly from region to another. Darija is used in streets and homes, but it’s not written like Standard Arabic. Still, the younger generation came up with non-official written forms in texting; they either write it using the Arabic alphabets or use the French alphabets and numbers.

To learn more in details about the Arabic language in Morocco, you can watch the youtube video of Paul, who shares some in-depth information about Moroccan Arabic:

Amazigh is the language of Morocco’s indigenous people; it is only used between Berbers to communicate. It is considered one of Morocco’s official languages, and some TV shows have a Berber’s version for those who don’t speak Darija or Arabic. The language is mostly used in the Middle Atlas, High Atlas Mountains, and the Rif mountains. And despite what the others say, Amazigh has a written form with its unique alphabets.

Even if the Berber language is a big part of Morocco’s culture and taught in some schools, it doesn’t attract enough Moroccans to learn it compared to French, English, and Spanish, which offer many more job opportunities.

French is known as the unofficial second language of Morocco. It is mostly used for diplomacy, business, media, and government. French is taught since elementary school just as a language, and it becomes the primary language of teaching at universities; that’s why most literate Moroccans are bilingual. 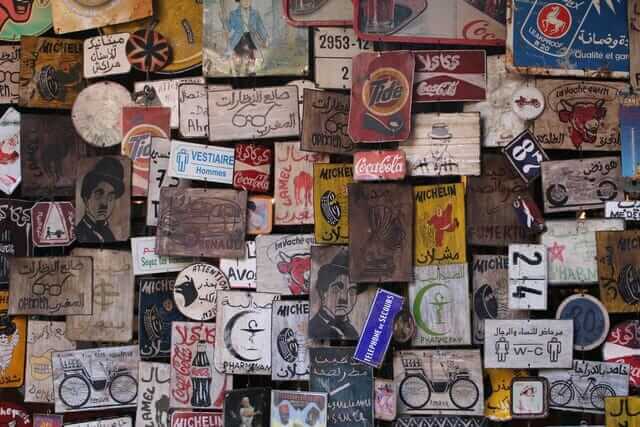 English succeeded in attracting the younger generation’s attention, and most of them believe that it should be at least on equal footing with French, if not wholly replacing it. The English language is spoken by 15% of Moroccans and increasing due to the massive demand for it in tourism, entertainment, and international companies.

Moroccans who mastered French find it easy to learn English due to the similarities between the two languages; that’s why most English speakers in Morocco are trilingual.

Spanish is a more popular language in the north of Morocco, like Sidi Ifni, due to the protectorate of Spain in these regions. The last survey made by Barcelona Center for international affairs showed that more than 21% of Moroccan are Spanish speakers. The majority of them in the northern regions, so it is beneficial when navigating the cities, making transactions, and asking for directions.

These Moroccans’ interest in the language is due to their proximity to the Spanish cities on Moroccan’s northern coast, Ceuta and Melilla. It is also a significant advantage in the job market in these areas.