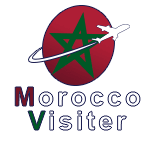 is Morocco a developing country?

By GDP, Morocco is regarded as the 5th largest economy in Africa. It is often considered as the most competitive economy in North Africa too. Due to the profound changes that have been made to the country in recent years, Morrocco is considered to be a developing country, at least by most standards.

Ever since the 1970s, the Moroccan economy has seen growth year-on-year. While the country’s GDP is not rising as much as it did in the 1970s, when it saw growth rates of up to 200%, it is still developing. As we see Morroco introduce more and more economic reform policies, it is likely that this growth will continue.

The bulk of the employment in Morrocco (around 60%) is currently in agriculture, which by most definitions, would put Morocco squarely in the developing nation category. However, the country has also seen a rise in employment in other industries (around 25% at the time of writing), which would show that the economy is starting to develop in other ways. In fact, the Moroccan government is encouraging foreign investment in the country, and since a lot of major foreign investors are taking them up on their offer, it goes to show that they see some sort of viable future for the country.

One of the things that Morocco really has going for it, and the reason why it is likely going to go from a “developing nation” to a “developed nation” over the coming decades, is how well integrated it has become with the European Union and the United States. It has managed to secure several top trade deals, particularly with the export of vehicles, which could help to develop the economy for a long time to come.

Sadly, there are still issues with the Moroccan economy. Unemployment is relatively high, particularly with regard to youth unemployment (75%), and the majority of those that are employed are not actually in stable employment. This is likely to change as the economy develops more, but it is unknown when this will happen.

So, is Morocco a developing country? Yes. At the moment, they are. However, they do seem to be growing a lot faster than many North African nations. This means that they may crack out of the bounds of becoming a developing country and become developed in the next few decades. It will be a slow process, and a lot of effort needs to be poured into switching the economy from being so dependent on agriculture, but we have seen significant changes on that front too. As long as foreign investors continue to invest in the country and the government continues with their economically liberal policies, then Morrocco is going to change a lot.